With local technical back-up at hand, the aquaculture industry is now more focused than ever before on biosecurity and the increasing value of by-products.

According to long-established pump and mixer manufacturer Landia (formed in 1933), an ensiling process – which uses formic acid to produce fish silage from fish by-products - is proving the most effective method of killing bacteria to eliminate the risk of infection from fish that don’t survive rearing facilities.

Jesper Borch Svendsen from Landia commented: “Today’s breeders are far more likely to install an ensiling unit (buffer tank), which will then make it possible for the end-product to be used, for example, as a key health-boosting ingredient for pet food. In some cases, a pasteurization stage (tank) can be added so that fish waste can also be used as a fertilizer or fuel for a biogas plant”.

He added: “The technology isn’t complicated but based on the large volume of new enquiries and orders we’ve already received this year, back-up is priceless. Things can and do require maintenance or adjustment. Nobody wants downtime. It is far too costly. We’ve met several companies in the aquaculture industry who have been let down waiting for new parts – and worse, a very indifferent attitude from their supplier, which is quite astounding”.

Svendsen highlighted a recent installation by Landia on one of the islands in Scotland’s Outer Hebrides, where large volumes of waste salmon can now be used for biogas because they are being pasteurized for an hour at 70 degrees C to meet UK regulations.

He continued: “The process has proved very successful, creating a win-win partnership for the local fish businesses and for the island’s biogas plant, but it is fair to say that without the ongoing help from us as supplier, it may not have accelerated as much as it has. We all need advice and hands-on help from time to time”.

Landia recently delivered a new ensiling unit to P/F Luna in the Faroe Islands. To withstand the acidic environment, all pump parts that are in direct contact with the salmon waste were produced in acid-proof stainless steel. The unit was also supplied with a system to control the acid application rate to ensure the correct balance in the tank. 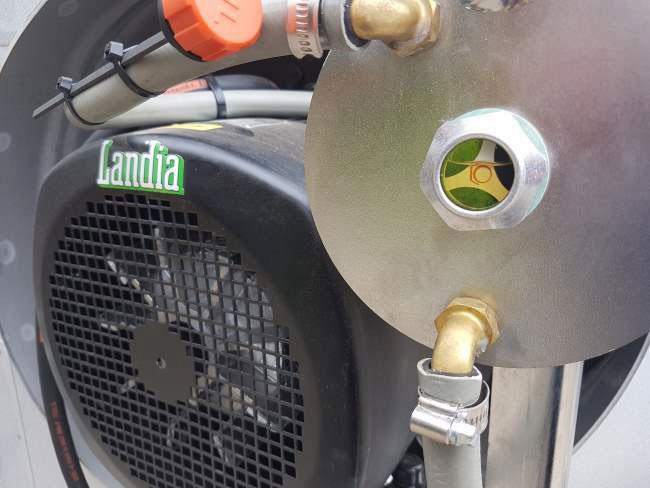